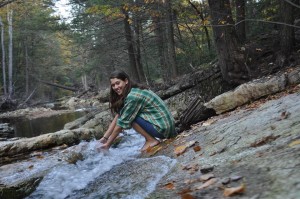 Catherine Prunella is currently a junior at Hunter College working toward a degree in environmental studies with a concentration on policy. She is also enrolled in Hunter College’s public policy program. Catherine has taken classes at Pace Law School’s Environmental Law program, focusing on international environmental law and pollution issues with the UN. It was through this program that Catherine first learned the importance that the Trail Smelter Case had on international environmental law. Through Pace law she has sat in on General Assembly meetings at the UN on sustainable development and witnessed the UNs decision making process in regards to the environment and rule of law. Catherine plans on pursing her interest in environmental law by completing her capstone at Hunter College on the legal and complicated social relationship of New York City to its neighboring counties upstate. Catherine will specifically focus on the relationship between New York City and the counties along the Catskill/Delaware watershed whose people are responsible for keeping the water clean for New York City’s drinking supply without the use of a filtration system.

The United States took Canada to court for violating their sovereignty as a nation and the resulting decision of the court established fundamental principles for international environmental law. During the early 20th century a Canadian smelter company was operating in Trail, British Columbia along the Columbia River which flows from Canada across the border to Washington State in the United States of American. Here a rural community of farmers existed who claimed damages from the waste emitted by the smelter. The Canadian company that smelted zinc and lead was emitting sulfur dioxide which caused injury to plant life, forest trees, soil, and crop yields in Washington State. The United States charged Canada for these injuries and the case was referred to the International Joint Commission, a bilateral tribunal that oversees issues regarding the two countries. The decision made by the Tribunal established the concept of Trans Boundary Harm and the principle of the “polluter pays” to ensure sovereignty. In this paper I attempt at recognizing the process that led up to the landmark decision and how the decision made by the court affected international environmental law.

Need help with the Commons? Visit our
help page Send us a message

Built with WordPress Protected by Akismet Powered by CUNY