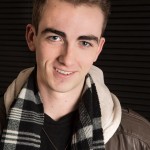 Daniel Gieseke is currently an undergraduate student at Hunter College double majoring in Geography and Economics. Daniel was born in the San Francisco Bay Area, and grew up mainly in the Reno/Tahoe area in Nevada. Throughout his childhood, Daniel enjoyed the outdoors; he backpacked, skied, gardened, swam, and wandered through the nature that defined the western United States. His obsession with nature led him to become an advocate for environmentalism and eventually the president of the Earth Club at his high school. Daniel loves New York due to its sustainability and progressive mindset. Currently Daniel has two jobs; he works in intergovernmental affairs at the New York City Department of Health and Mental Hygiene and he is a video/tech assistant at the Bard Graduate Center on the Upper West Side. Daniel is currently considering using his experience and passion for public service to work in a governmental agency concerned with environmental sustainability. In the future Daniel aims to obtain a master’s degree in an area regarding environmental sustainability, economics, and/or public policy.

Antarctica, a continent devoid of permanent human settlement, is largely affected by anthropogenic pollution.  In 1959 Antarctica was established as an international center for science and research, which led international teams to conduct research on the continent.  Contemporary scientists on and around the continent have observed pollution as it affects the domestic wildlife, hydrology, climate, and surrounding oceans.  Due to Antarctica’s status as an international area, Antarctic pollution is a result of internal, but mostly external pollution.  Studying pollution as it affects Antarctica may demonstrate the international coordination that facilitates the degradation of the area.   Further research will lead to an understanding as to where the pollution originates, as well as the international coordination needed to ameliorate the degradation.  Antarctic pollution issues require research to be conducted on external pollution rates as they affect not only Antarctica, but contemporary global systems.  Exposing the pollution in Antarctica will demonstrate how pollution affects not just a domestic area, but the world at large. Within this case study I will document contemporary pollution issues in Antarctica, external sources of pollution, and the sources that project the most harm to the Antarctic environment.

Need help with the Commons? Visit our
help page Send us a message

Built with WordPress Protected by Akismet Powered by CUNY